Mobile Deal Check! The differences between the iPhone X and the iPhone 8 Plus

Apple’s newest addition to its long-running iPhone franchise is the iPhone 8 and the iPhone 8 Plus.  Every year the world highly anticipates the new mobile phone release from Apple.  But aside from the wireless charging, Apple has not changed much from the iPhone 7 to the iPhone 8; and furthermore, not improved many aspects of the phone for the 10th-anniversary edition.  Quite rightly named the iPhone X.  However, alongside the buzz for the new iPhones comes a question of whether Apple is becoming more innovative or if they are just running out of ideas.

If you are looking for a cheap mobile deal then you can click here to do a mobile deal check and see what other offers we have on site. 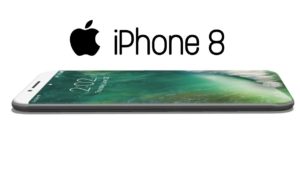 first time that the iPhone prices in the UK have matched those in the USA.  Apple, of course, received a lot of criticism for this (by the Telegraph for example).  In which they responded claiming that the increase in price was down to exchange rates, distributing the product and taxes.  Which technically means the British public are paying an additional £235 for their iPhone that could be deemed ‘unnecessary.  Matching the price of the US edition will also apply to the iPhone 8 and 8 Plus.  To check our latest mobile phone deals click here

Aside from the controversial price and the talks around that, I would like to talk about the differences between the iPhone 8/8 Plus and the iPhone X.  And if you want the newest iPhone; is it really worth waiting until November to get the anniversary edition?  Well, the main new feature of the iPhone X is the face ID scanner.  This is a replacement to the touch ID which allows the user to unlock and make payments with their face.  Although the demonstration at the iPhone X failed to unlock the phone, Apple claimed that was their staffs’ fault and not the phone.  Craig Federighi (Apple’s senior vice president of software engineering) was very confused when the device would not unlock via face ID on stage.  Either way, it undoubtedly raised some questions about the facial identification and why the fingerprint sensor was removed completely.

Even though some people might be skeptical about the face ID on the new iPhone; it also offers an edge-to-edge display screen to vitalise the whole front of the phone with no home button.  On top of this, it claims to have battery life that will support 21 hours of talk time, 12 hours of internet use, 13 hours of watching videos and 60 hours listening to audio.  Finally, it offers wireless charging as well as resistance to splashes, water and dust.

This seems all well and good until you compare those specs to that of the iPhone 8 and 8 Plus.  The iPhone 8 Plus has a more impressive battery life in terms of watching video and using the internet; despite the fact that they both run on the same processor.  Thus, if you are going to buy a new iPhone this year; I would have to advise you to go for the iPhone 8 Plus.

The iPhone 8 and 8 Plus already launched on the 22nd of September and the iPhone X is set to launch on the 3rd of November; which one will you be getting?  Do not forget to check out the cheap mobile deals available here: https://mobiledealcheck.com/compare-mobile-phone-deals/