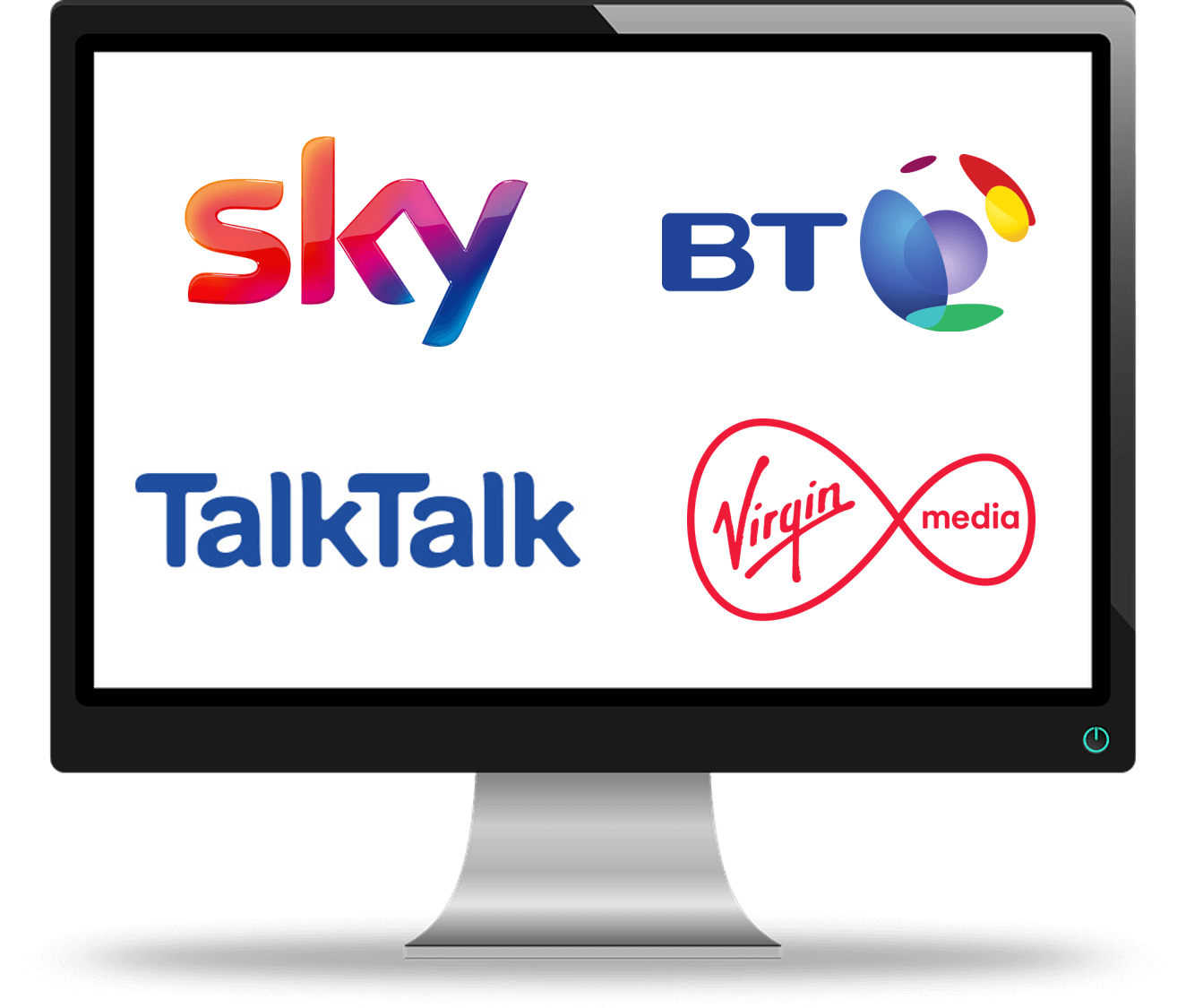 Nowadays, if you want any choice of premium TV, then the main channel choice of TV falls to the likes of SKY, Virgin Media and BT. But they are not the only players in the market.  Companies such as TalkTalk now offer TV packages bundled with their broadband packages to give their customers. Sky, BT and Virgin Media also offer some great TV packages bundled with broadband, so with some much choice on the market the the smart choice would be to compare TV packages across all providers to make sure you get the best deal.

The four biggest players in the TV packages game are Sky, Virgin Media, BT and TalkTalk. We have given a brief rundown of each below for you.

Sky’s new Sky Q box makes watching TV around the home simple. They offer mini boxes that connect wirelessly to your main box allowing you to stream content from your main box to any TV in your home without the need for wires trailing through every room. All you need is to sign up to their multiroom option and once you’ve got your boxes, you’re good to go. The Sky Q mini boxes also act as Wi-Fi hotspots throughout your home too, so it means you should always have the most reliable wireless connection wherever you are in the house, eliminating those dead spots. Sky has a multitude of channels and package options bundled into groups, such as entertainment, sports, movies, kids and more. Compare TV packages from Sky here

Virgin Media launched their V6 box to rival the Sky Q box in January 2017 and it is an impressive piece of kit. It is 4K ready, can record 6 shows and once and store them on its 1TB hard drive, has a feature to find your remote if its lost down the sofa and has Netflix, BBC iPlayer and various other apps loaded. As with the Sky Q box, you can have multiroom streaming which would increase your recording capability to 12 recordings at one (if you have 2 boxes) and it allows you to pause a show in the living room, and resumed from where you left off in the bedroom for example. Virgin too offer a great deal of TV bundles to suit every budget. They range from the player bundle, Mix bundle and the Full house bundle, the full house bundle even includes box sets on demand so you’ll always find something to watch. Compare TV packages from Virgin Media here

BT TV comes in three TV packages: Starter + BT Sport, Entertainment and Max. The starter package includes 80 channels and includes BT sport, the Entertainment bundle includes 100 channels and the option to add BT sport for £3.50 per month and the Max bundle comes with 140 channels including BT sport. All packages have the ability to add extra channels as you need, and come with the ability to watch TV on the go via the BT TV app. Compare TV packages from BT here.

TalkTalk offers broadband and TV packages too at great monthly prices. It has some great broadband speeds available and a YouView box with 80 Freeview channels and the ability to add and remove various other channels as and when you need, such as Sky sports, Sky Cinema or other entertainment packages. The Youview box is packed with the most used catch up and on demand apps, and you can even pause and rewind live TV. TalkTalk also gives you access to the TalkTalk store where you can buy and rent shows which you can download and watch on the move on a number of devices. Compare TV packages from TalkTalk here

TV and broadband packages are truly great for your wallet. By bundling your broadband and TV from the same provider, this normally works out much cheaper than having single suppliers for each. All the major suppliers in the market offer broadband and TV packages nowadays and by using the one supplier for both services you could benefit from a huge saving across the year. Compare TV packages above from all providers in the market today. Just pop in your post code to see what’s available where you live.